I love discovering new-old things in my document files on my desktop. Yeah, I still have one of those.{wink} At any rate, I found this short story that my son and I collaborated on for his High School English Literature assignment. He likes to write and I encourage him to do as much as he can–and he does! He has journals EVERYWHERE. It’s great to open up one of his journals and see his short stories.

My son, of course, is influenced by sci-fi/fantasy just as much as I was as a teenager. So as a result, he tends to create stories much along that vein. Nothing wrong with that. I kinda like that sorta stuff myself.This particular piece is a rough draft, second revision. It is incomplete but maybe, just maybe, we will collaborate more in the future. 🙂

**Critiques on style and form or format are welcome. Budding writers need all the support they can get!**

We hope that you enjoy our little story.

Containment Breach
I know I’m alive in a bed. It feels like a hospital bed but, still a bed. Through my closed eyes I can see a bloody smile followed by two white soulless eyes. My eyes open, I wince at the strong light coming from the ceiling of my room. I look around at the room—a sink, a toilet and a bed are the only things in here, plus the night stand at the foot to the bed. I get up, I look down at the slip on shoes in front of me–white walls, no windows. I look at the mirror in front and above the sink, I’m greeted by my own face. I run my fingers through my brown hair, which is in a mullet, I chuckle at myself. My 5 o’clock shadow makes me look like a Vietnam War vet. I turn to my night stand and grab the sheet of paper in front of me; it says Axle Corporations Storage Facility on the page. The picture shows a few buildings connected followed by two domes, on either side of it. I put the page down. “Stuck here ‘til I die.”, I muttered to myself. The thing about this place is its not storing supplies or anything of that nature–but paranormal things, monsters, artifacts, things in that category. I did not want to believe it but it’s true, it changed my way of thinking.

I have been testing the things contained in this facility for at least two years, waking up in this room with death always around the corner. I see new people come and go. They never seem to stay. No one has lasted as long as I have, the longest was two months. He died trying to escape. Once you apply for this job, you are taken from home and brought here to play the role of guinea pig. But some people are lucky, anyone with military experience gets to be apart of the Secure Protect Team. I lie here in wait for them to come take me to the room of some strange creature or item with a team of two to see what happens to us. Hell some of the guards even bet to see who will live the longest. The sound of knocking comes from my door. I turn to my left. The door opens “Hello, John”.  I reply with a nod. The two guards escort me to one of the chambers of a statue. “Is this one new?” ,I asked.  “Yep.”, the guard said. “It came in last week.” The hallway seemed so long when I went down it, the sheet iron floor, the stone ceiling, it all felt so confining. We walked past a small supply room. In the chamber were two others wearing orange jumpsuits like mine.

The first one was this thirty year old guy with black hair. He must have been new because I did not ever see him. The other one was a kid, he looked about 19. He had bleached blonde hair and blue eyes. I walk between them, put my hand on the boys shoulder as I walked in. “Is this your first time, boy?” He nods. We look at the strange marble sculpture in front of us. I tilted my head a bit to stare at it. It had the features of a cartoon bear. I shuddered a bit. “Ok. Get ready to do some testing with the specimen.”, a voice announced over an intercom system.  He, the voice, told us to remain in peripheral vision with the statue.  The statue began to move in slow and stiff movements. It spoke in a high pitched startling voice reminding me of Mickey Mouse. “Hey. You wanna see a trick?” Suddenly, the doors open. The voice over the intercom states, there is a problem with the door controls and to remain in contact with the statue. The lights flicker and go out and within those seconds of the announcement and the flickering lights, I grab the boy and throw my self onto a wall. In those few seconds of darkness I heard the revolting sound of bones cracking or snapping. The first guinea pig went down. Then, the lights flicker back on again, off again, on again.  The sound of an automatic weapon goes off. The guards are firing. The boy beside me squeaks with fear, “Don’t leave me!” I run and he follows. A gas mask still filled with the head of one of the guards hits the wall just opposite our escape.  I slam my fist on the switch to the main door hoping to get away from the carnage as quickly as possible. I can hear gun fire in the control room above me. “How fast does that thing actually move?”, I thought.  The young guinea pig and I burst through the newly opened door.  The long hallway taunts us as we briefly gaze at it. We run. The kid turns abruptly into a supply room on the left. I follow. Inside, we grab two flash bangs, a knife and a gas mask. He hooks the gas mask to his belt loop. He says it will come in handy. He grabs a navigator and a battery.  He places the battery into the navigator. He hands me a satchel…I’m admiring his quick thinking. I put the flash bangs into the pouch and grip the knife tightly. I really don’t know what we are up against but a weapon in hand gives me a sense of false security just as grabbing the gas mask seemed to comfort this kid.  “Let’s move”, I said. Above my head, the sound of stone and metal begin rubbing against one another echoes in the room. “It’s in the vents!!”, my companion gasps. “Run.”, I said.  We rush out the supply room and sprint down the hallway. Various sounds reach our ears; boots on metal floors and bursts of gunfire. The sound of grating, moving stone seems to get closer.  The boy looks down at the navigation device and it points to the maintenance tunnel. We run down the stairs, through the maintenance tunnel and into the concrete dungeon. We shuffled around a bit, coming to a stop. The boy says we can take a rest for a while.  I follow his instructions quickly going from in charge to obedient. I’m happy to share the burden of leadership.

There are no vents in the tunnel but other nasty experiments locked safely away—for now. Still, it’s an uneasy peace. The boy tells me his name. “I’m Dennis”, he whispers. “John”, I say. We shake hands.
I look around to take in my surroundings. Pipes line the walls and door tops. Concrete floors and gloomy red emergency lights. You can still hear muffled sounds of gun shots in the distance, screams and I imagined sounds of tearing flesh, bone, and tendon. The sounds and my thoughts were not comforting.

A sudden instinct makes me jump up. I tell Dennis to stand behind me. I pull out one of the flash bangs from the satchel. Just as I look up, one of the guards comes running around a corner. A large talon suddenly protrudes from his chest. Dennis vomits. I pull the pin. “Look away, Dennis!” Pow! A flash of light and a horrible screech—we didn’t bother to get a full look at what terrible thing was attached to that talon. It was lizard like—maybe. We found another staircase and a service elevator to the right of us. We jump into the elevator, hit the top button and try to catch our breath as the elevator begins its ascent. 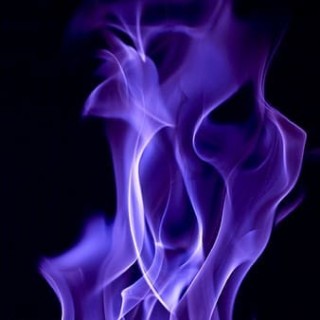 Artist, Friend, Lover, Fighter, Mother...you know, all the good shit. "All we do is learn and grow; to exist and to be in this duality called infinity." ~The Self (htm) 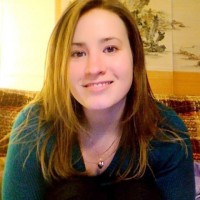 Damn, Girl. Get Your Shit Together.

Unsolicited advice for shit you didn't know you were doing wrong